Have you subscribed to our newsletter?
Split payments now available! Pay for your order in 3 instalments with PayPal Pay Later

Situated within the walls of the V&A museum lays an ethereal collection of 500 Dior pieces, including 200 couture gowns, showcasing the history of the Dior maison. Starting from 1947 until the present day, curator Oriole Cullen traces the impact of Christian Dior himself and his six successors celebrating how each designer has interpreted the vision of the label in their own way, while consistently sticking to the “codes of Dior”. 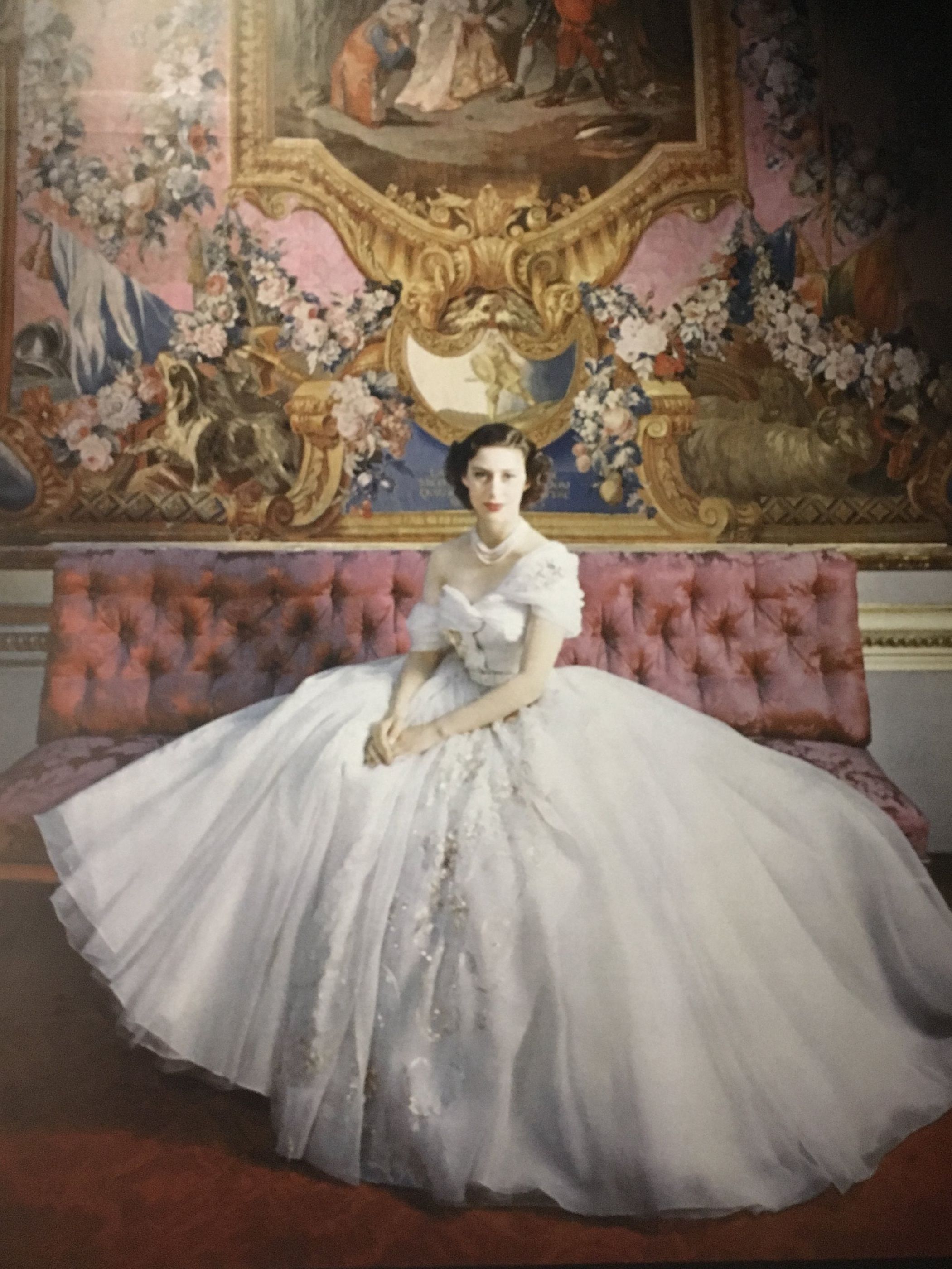 Princess Margaret in Dior on her 21st Birthday

With the exhibition debuting in Paris at the Musée des Arts Décoratifs in Paris, a stone’s throw away from the home of the couture label on Avenue Montaigne, it seemed fitting the next stop would be in London, England, a country Christian Dior loved so deeply stating “I love English traditions, English politeness, English architecture.” In his autobiography he explains ‘For one thing, I love being in a country where the past lies so vividly around me.’ Fascinated with London and motivated by a desire to please British women, Christian Dior launched his British offshoot C.D. Models in 1951. At the exhibition we witness the utterly diving portrait of Princess Margaret doused in Dior on her 21st Birthday and from then on, there is an unbreakable bond between Dior and England, particularly with the craft of the Lady Dior, the iconic bag named in honour of Lady Diana. 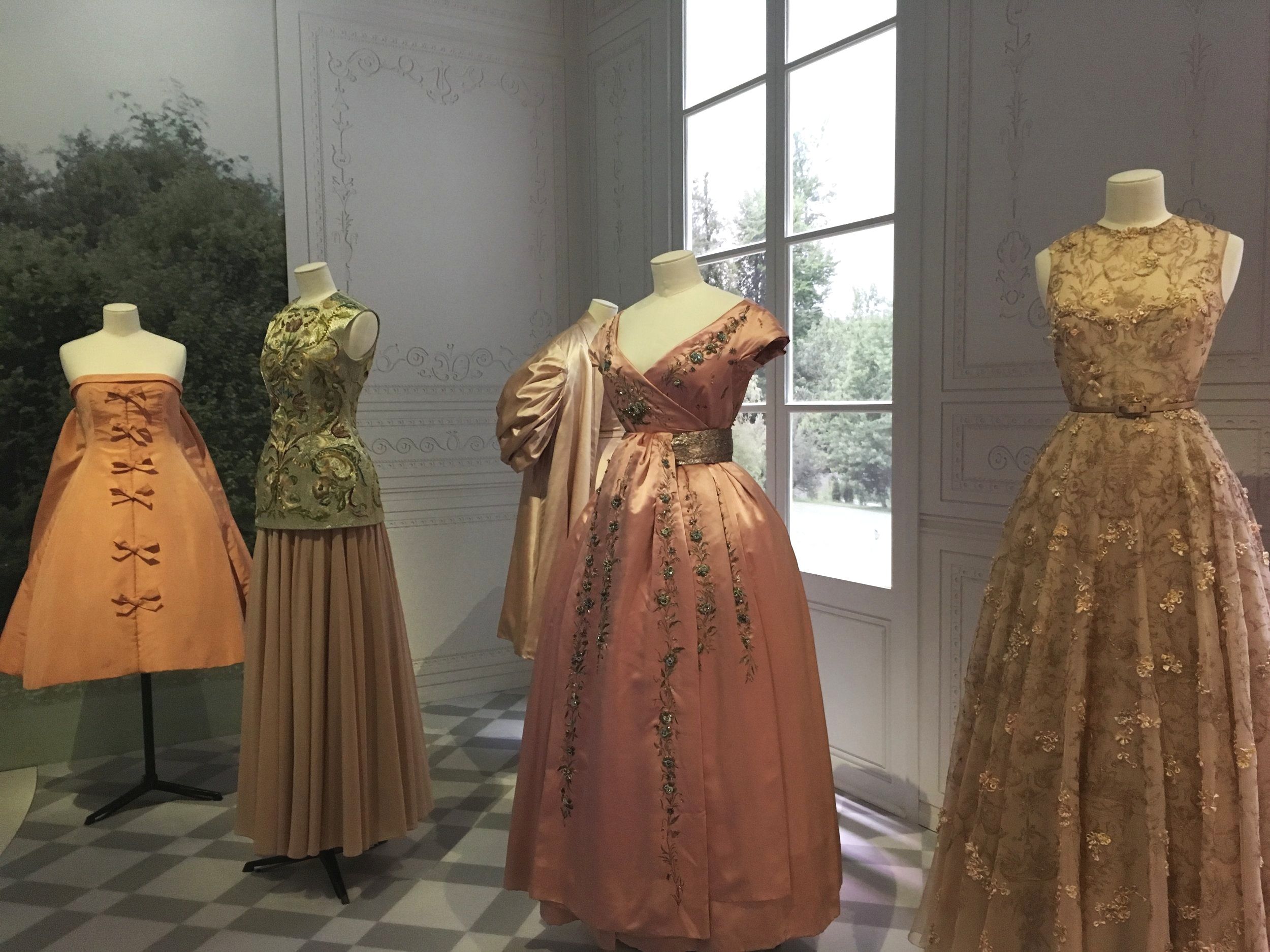 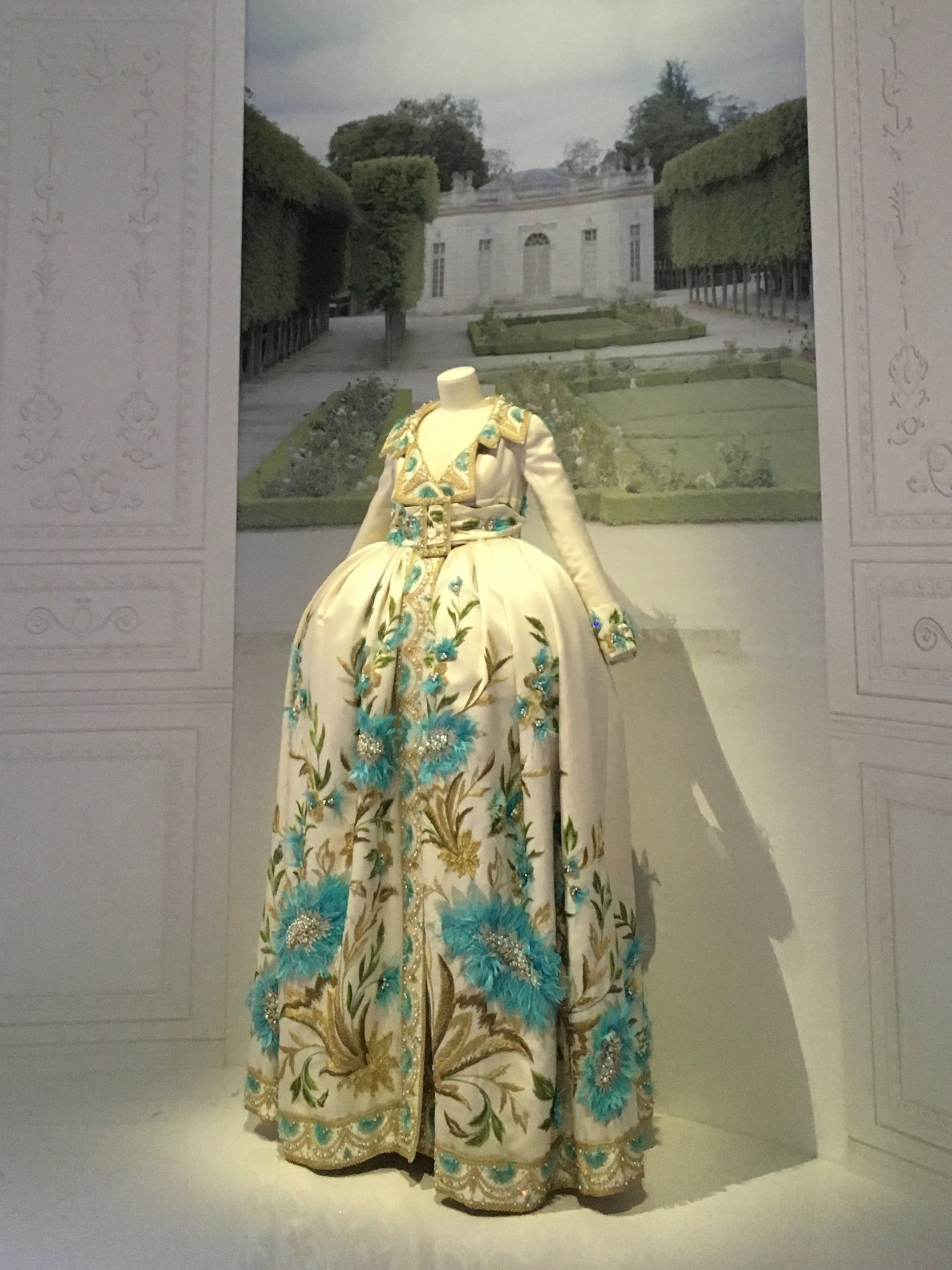 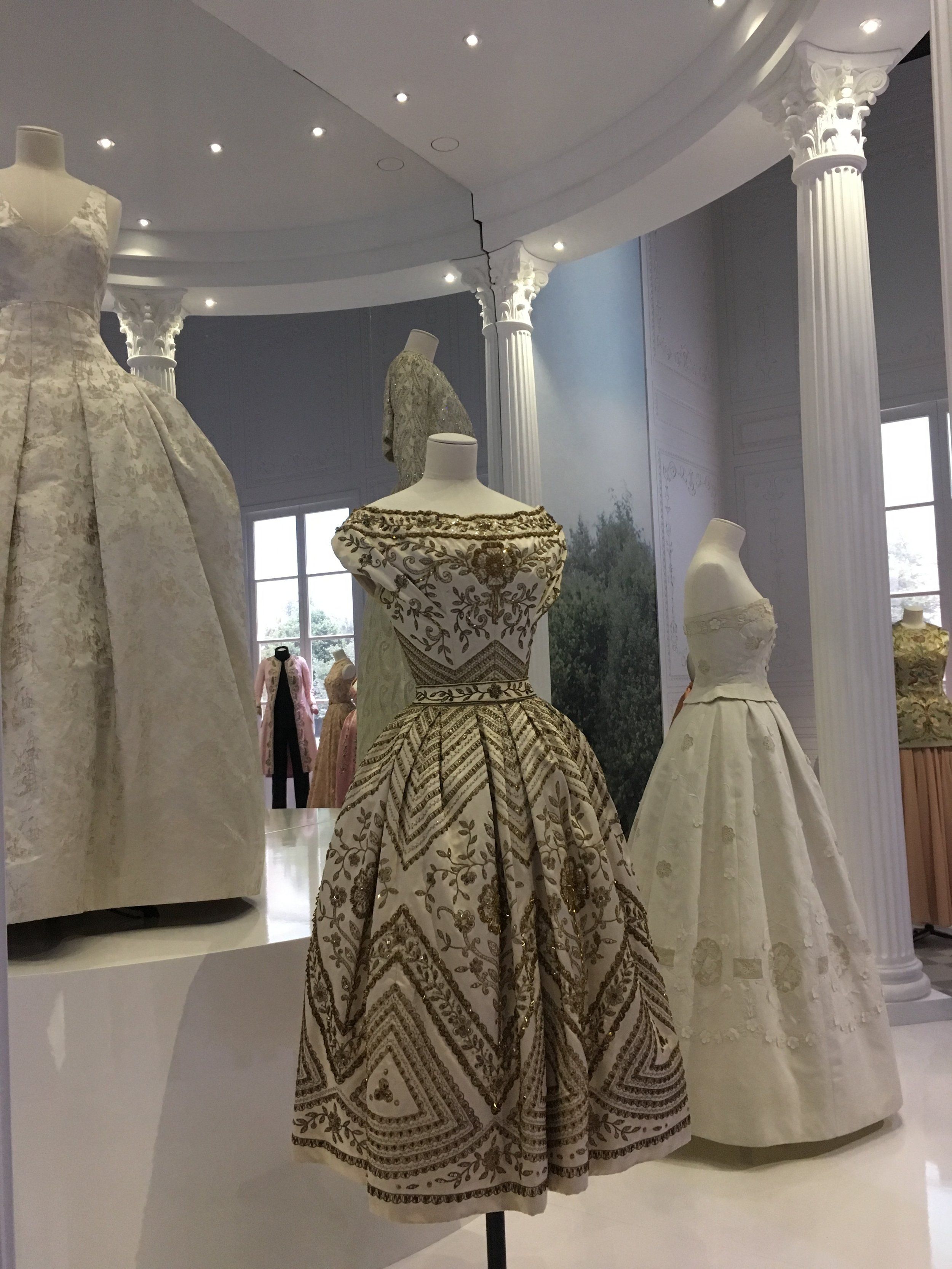 An almost immersive experience, you will float through the exhibition into a Parisian style studio, an atelier with costumes with all their dressmaking markings from floor to ceiling, to a ballroom hosting celebrated evening wear, in awe of the creations. In arguably the most magical room, we are transported to the dreamlike gardens of Dior’s family home in northern France, where Monsieur Dior began his horticultural affair, he said after all ‘After women, flowers are the most divine creations.’ 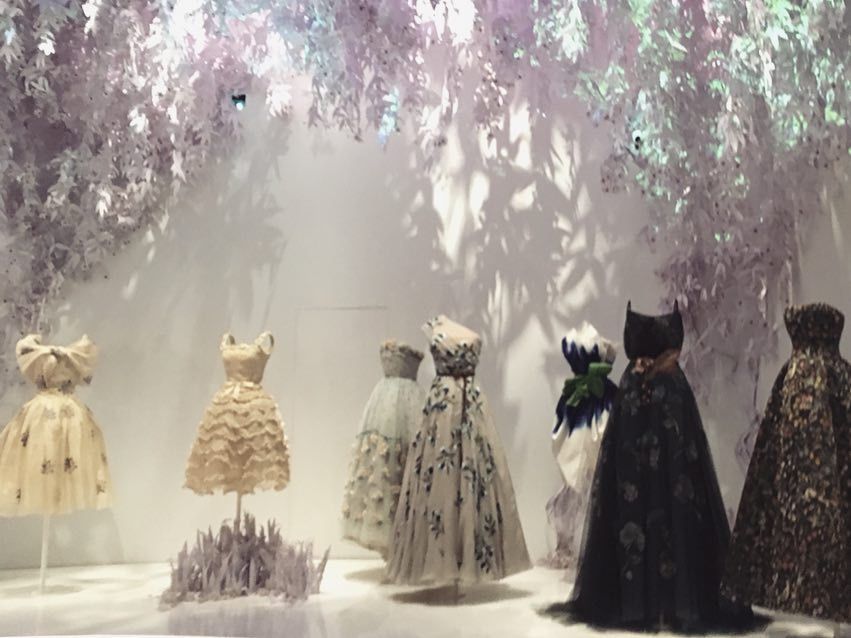 The evolution of fragrance

Flowers, that have always been the heart of Dior, have been installed for the exhibition by Wanda Barcelona, which includes a total of 200 Princess Margaret roses, 5,000 clematis, 1,400 wisterias, 4,000 lilies of the valley (his favourite flower), and 14 creeping jenny cascades, which look utterly divine and to this day flowers play a pivotal role in Dior science.

Not only does the exhibition showcase some of the most iconic and memorable gowns, but it also pays homage to how the house has expanded highlighting the breadth of creations from costume jewellery to shoes, bags, makeup and fragrance. It’s on until September 2019 and we implore you to visit the exhibition to witness the exquisite skill and craftsmanship of the ateliers. 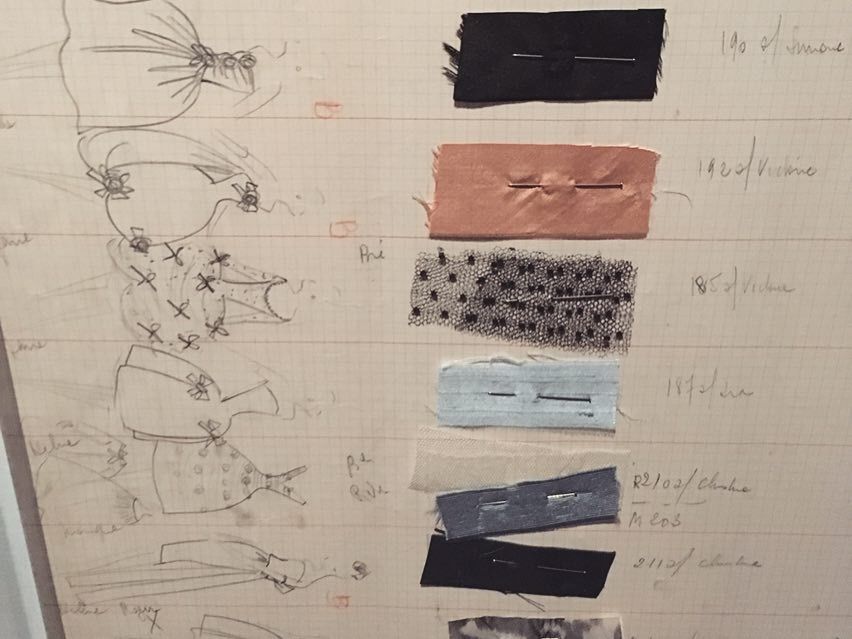 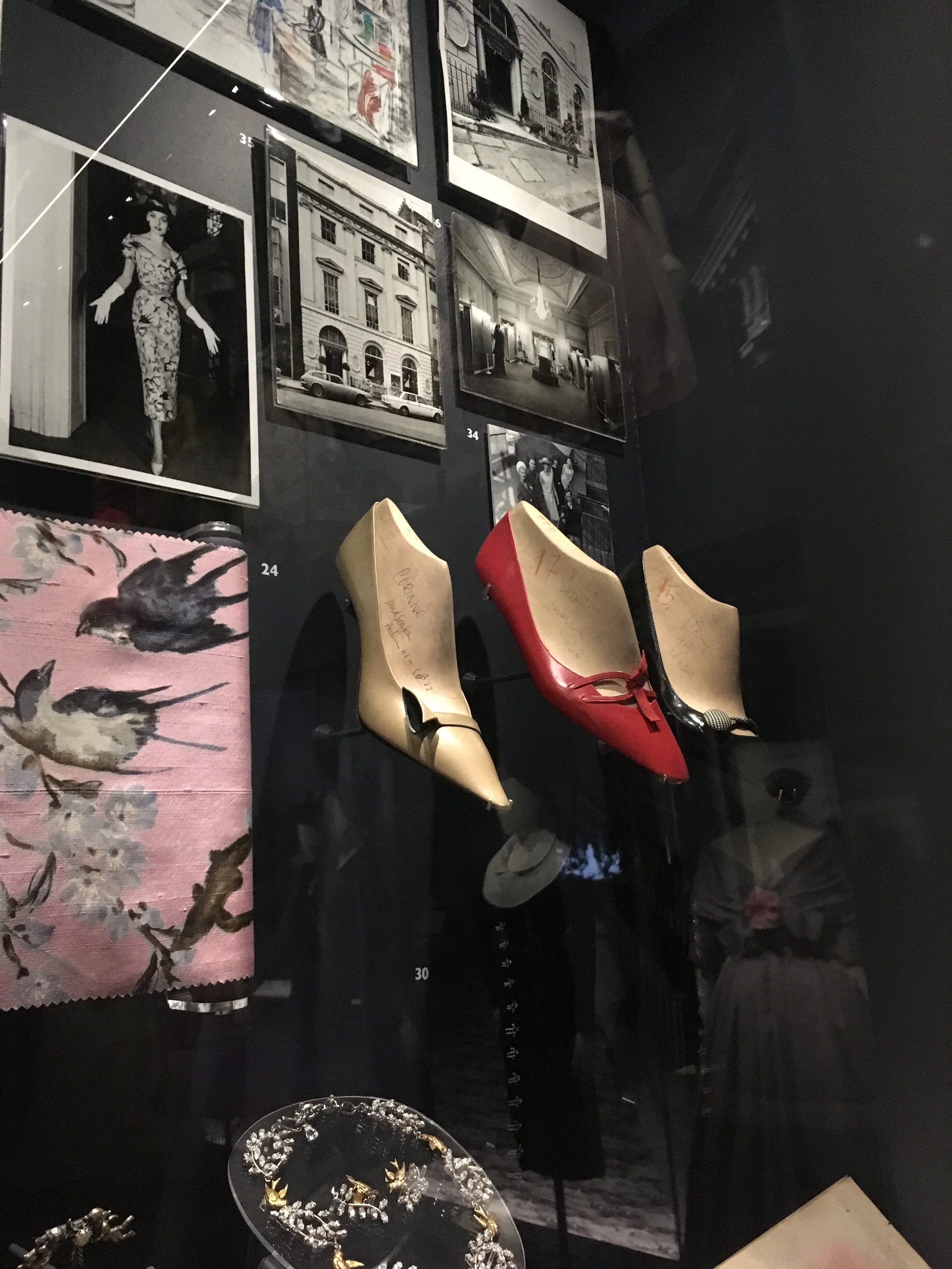