Have you subscribed to our newsletter?
Split payments now available! Pay for your order in 3 instalments with PayPal Pay Later

Time for the trench: A brief history of Burberry

As the wisteria is out in full force, the days are getting longer and the sun is (just about) shining, there is only one item that will take us through the transitional season as we head full force into Spring; the Burberry trench coat. Some may say it’s a reminder of our distinctive British sensibility and our preoccupation with the weather, but it really is an icon of British style and our most trusted piece to take us through rain or shine.

History of the Trench coat

The trench coat was fashioned by Englishman Thomas Burberry who, after working as a draper’s apprentice, went on to open up Burberrys at the aged of 21 in Basingstoke. In 1880 Thomas Burberry pioneered the unique rainwear cloth called ‘gabardine.’ Originally, rainwear was made from an uncomfortable, heavy-duty rubber fabric known as Macintosh, but the gabardine fabric was made from the finest Egyptian cotton threads; The weaving technique was purposefully designed to repel water by waxing the cotton thread as it was woven into the fabric. This made the trench a lightweight, water-resistant and a durable piece that kept you protected against harsh elements.

The original trench coat was designed in 1912 during the onset of the First World War, the name itself derives from the trenches and Burberry was the official outfitter for the British military providing functional apparel for soldiers during warfare. Additional details such as epaulettes, D-rings, gun-flap, and a windshield were added to its design to enable soldiers to carry military equipment and weapons as well as to signify the different rankings.

The trench coat also had a fully inverted wedge detail wish consists of a pleat located at the lower back area of the coat. This then could be unbuttoned to allow easy movement, whilst still retaining warmth. Buckled cuff straps on the sleeve could be adjusted to keep the cold out but also provided a contemporary take on the classic trench coat. The collar could be raised and held together with 2 small metal clips called the hook and eye to ensure a snug fit. Furthermore, situated at the back of the collar was the throat-latch which again could be unbuttoned from the back of the collar and wrapped around the front of the neck to provide further protection against the elements. The hand sewn collar takes approximately 21 minutes to complete and in order to achieve the perfect contour there must be 12 tiny stitches per inch.

Throughout the years we have seen various revamped variations of the trench coat and other key outerwear pieces such as the Field Jacket, the Quilted Jacket, the Parker Jacket and the Duffle Coat, all of which have great history behind them. Outerwear has always been the core driver of the brand hence the such high attention to detail so it has a timeless appeal.

Tisci’s first collection revealed a celebration of classics inspired by the brands heritage which saw a plethora of looks from muted pinks, browns and beiges to nudes, khaki and tonal greys and there was a playfulness between ultra-feminine and uber masculine tailored functional pieces. The collection also focused on the juxtaposition of textures and materials which married together perfectly to take us through the seasons. Tisci offered us the iconic check from head to toe, reminding us what Burberry once was. Gone are the days where designers shy away from trademark logos; millennials can’t get enough of it. 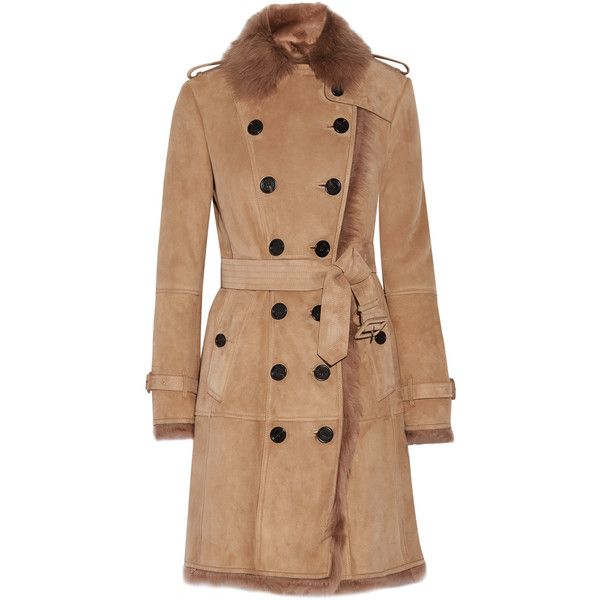 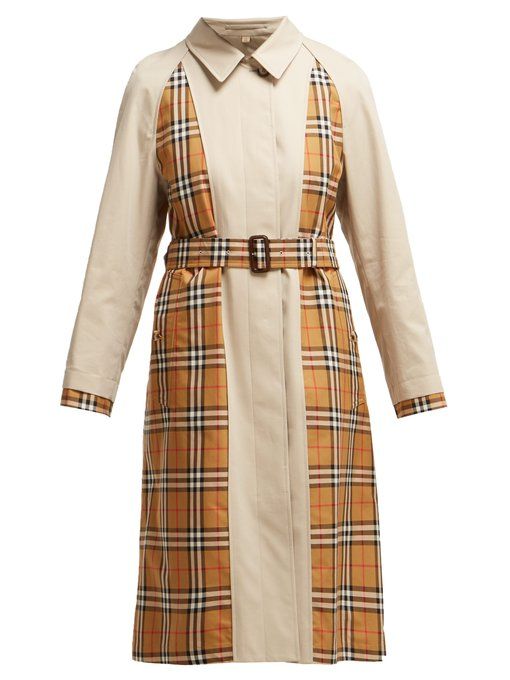 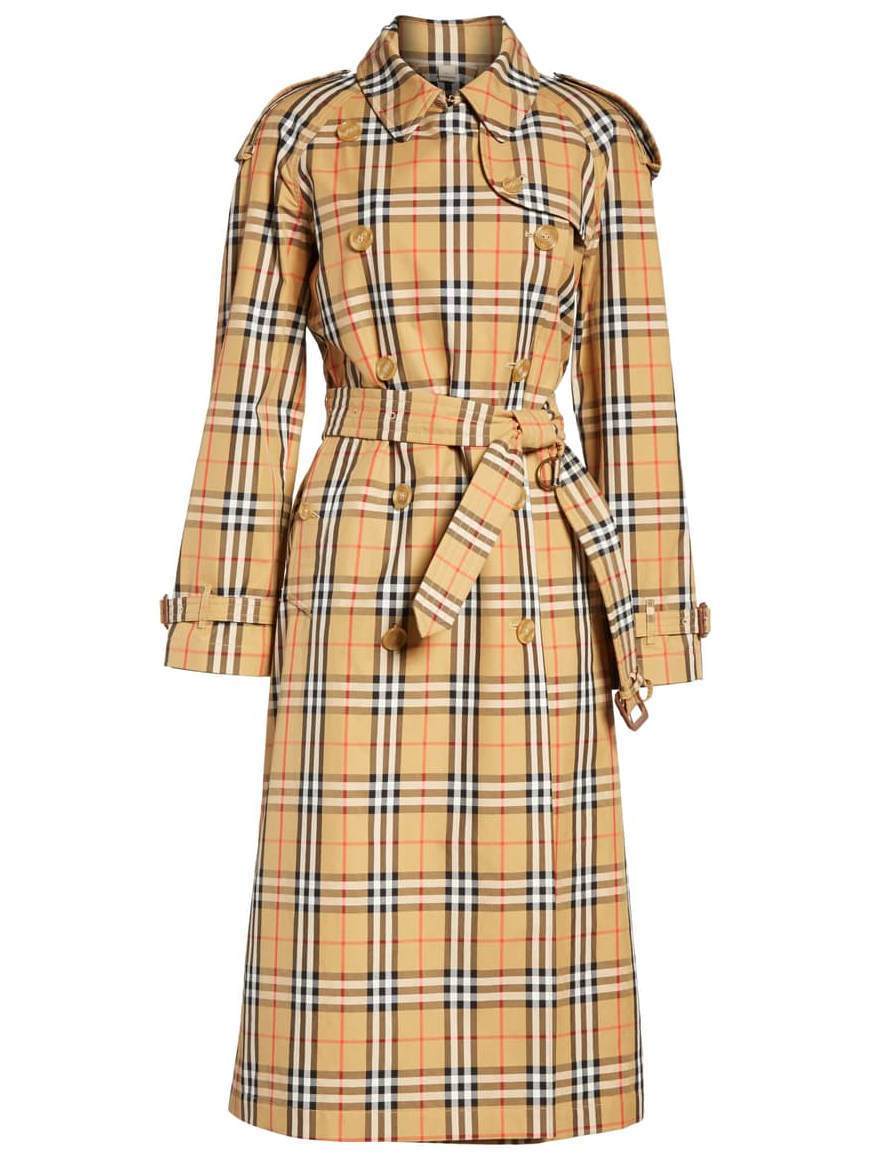 Italian designer Ricardo Tisci who left Givenchy in 2017 has wasted no time making his presence at the house known. He has rebranded the fashion house, first by changing the former Serif font logo, to a much simpler Sans Serif font against a plain white background. Italian fashion has always been synonymous with futurist ideals, so it was only to be expected.

As the equestrian knight logo is no more, the new logo was masterminded by British graphic designer Peter Saville of which the interlocking, colourful mishmash of repetitive letters “TB” pay homage to the founder. 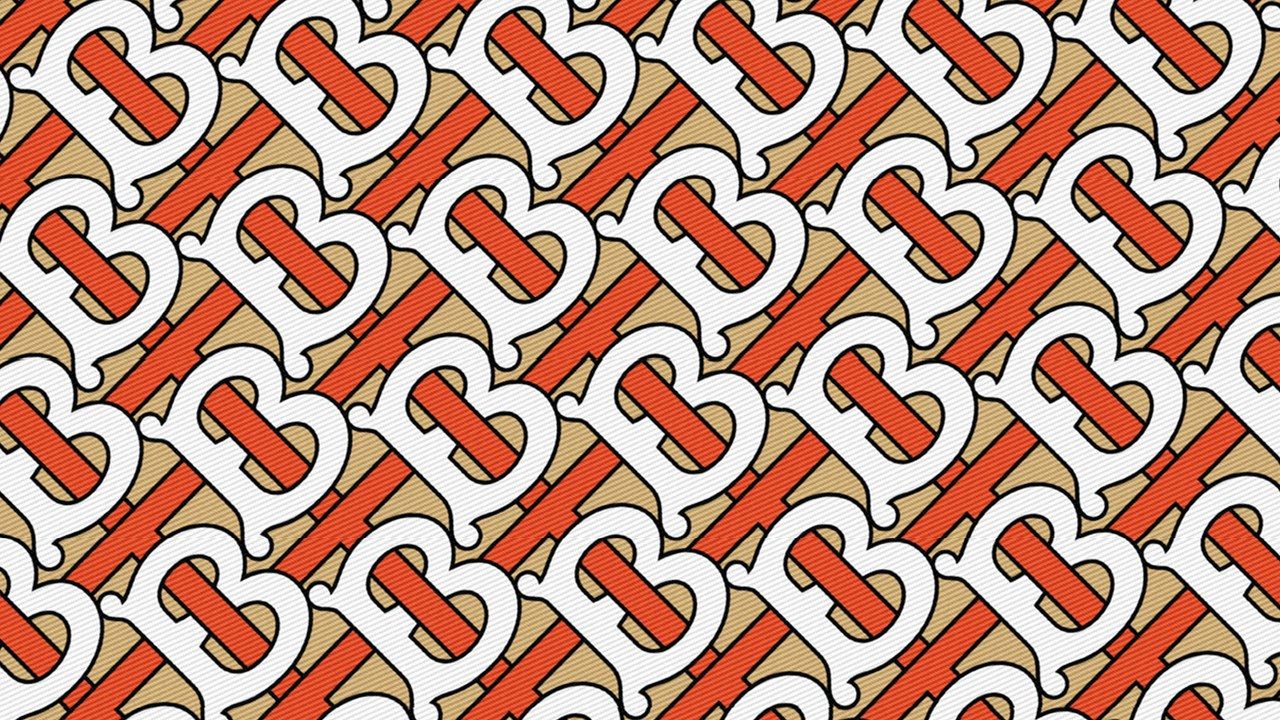 Not only has Tisci caused a stir rebranding Burberry, but also by setting up a temporary large-scale installation titled ‘Sisyphus Reclined’ at the Burberry flagship store on Regent Street.

The tale of Sisyphus stems from Greek mythology, he was a thief who had been condemned by the gods to an eternity of pushing a large boulder up a hill only to have it roll down again. It was commissioned by Graham Hudson a British artist who specialises in large-scale, interactive works. This one in particular stretched across 3-floors and Hudson described it as “a tale of life and death in sculptural form. Of what it is to ‘make’, be that, objects, ideas, bodies and selves; how we make; ideas of how power and desire structured; and thought processed.”

The narrative behind the work explores the relationship between heritage and architecture, the oscillation between man and machine, hard and soft, old and new, spatial awareness and the subtle juxtaposition between the artwork and the blush pink boudoir backdrops which line the walls. It was a celebration of the reimagining of the store under the watchful eye of Tisci.

It is no secret that there are many changes happening within the British fashion house and CEO Marco Gobbetti has taken measures to make the brand into a sustainable and environmentally conscious brans. By partnering with Sustainable Fibre Alliance in collaboration with Oxfam and New Plastics Economy Global Commitment, led by the Ellen MacArthur Foundation, Elvis & Kresse we look forward to how this will play out in the long term.