Have you subscribed to our newsletter?
Split payments now available! Pay for your order in 3 instalments with PayPal Pay Later
Repair moth holes with invisible mending 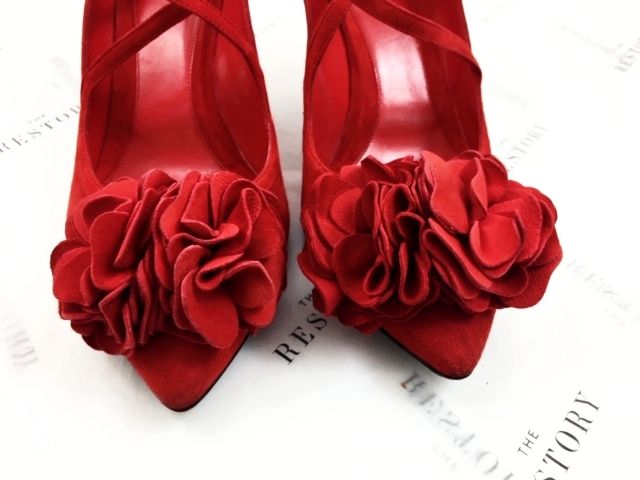 Born in the 70s in East London with training on Savile Row from the age of 16, Alexander McQueen certainly left his mark on the fashion world. McQueen’s experience working for two different British tailors allowed him to develop his skills and knowledge of the technical construction of clothing. Further experience with an array of designers and the opportunity to work in Milan led to McQueen gaining a Master’s from Central Saint Martins, he then quickly became one of the most respected fashion designers in the world, picking up a number of critically acclaimed awards along the way.

The McQueen legacy lives on now led by Sarah Burton who continuously delivers impeccable craftsmanship using exquisite materials and high attention to detail. Of the many embellishments that Alexander McQueen’s collections are characterised by, floral appliqués are one of the brand’s most beloved when it comes to footwear. We had the pleasure of restoring a pair of Mary-Janes and we are going to tell you a little more about their unique journey through our atelier.

A client sent her red suede Alexander McQueen heels which were undamaged, apart from one flower pom-pom on the left shoe was missing and the other one was unattached. The approach taken by the atelier was simple; to find the exact same material as the original and rebuild the pompom from scratch.

After an initial clean, the first step was to analyse the construction of the floral embellishment in order to reproduce it. The flower was built by layering and folding the same pattern 10 times. So, we proceeded to copy and draw the four-petal pattern and cut it in cardboard, carefully marking the stitching holes in the centre. This one would be used as a cutting guide. 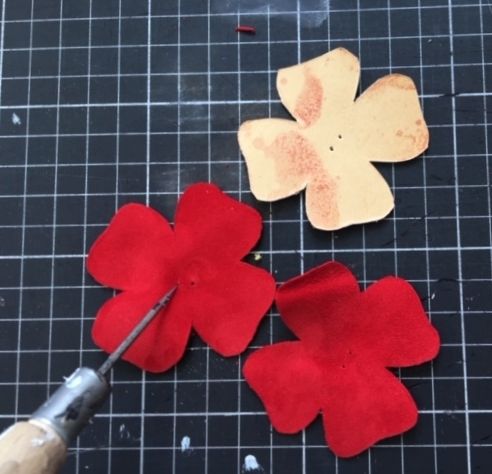 In the meantime, the atelier sourced a goat suede from an Italian tannery to perfectly match the same shade of red as the shoes.

As previously mentioned, this flower was made up of 10 layers of the same pattern. We used the cardboard pattern as a guide to hand cut the suede with a scalpel, marking the stitching holes with an awl needed to centre the pieces correctly. Using a sharp blade was essential to ensure the edges were neatly cut around the leather. 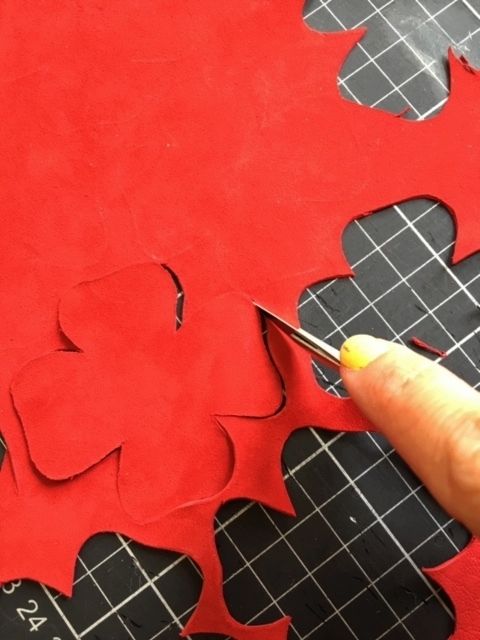 We attached the petals of the soon-to-be flower pom-pom using a clear nylon thin thread, following carefully the structure; three flat layers at the bottom, followed by seven layers at the top folded in half twice and positioned concentrically. The final step to make the pom-pom blossom was to open up the folded pieces by hand, in order to avoid a compressed appearance. 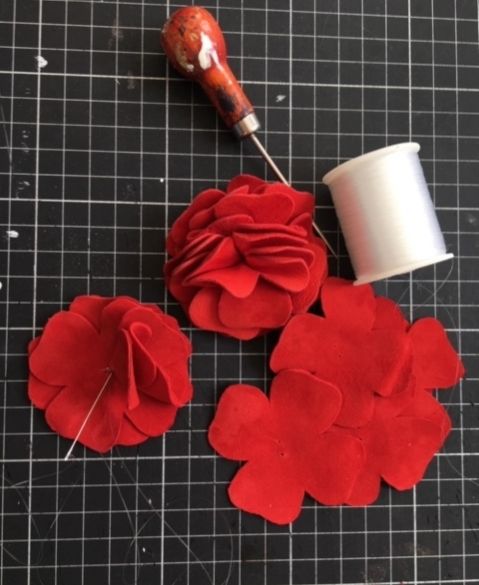 Last but not least, both appliqués were reattached to their original position and that’s how the pair of McQueen’s looked like new again. 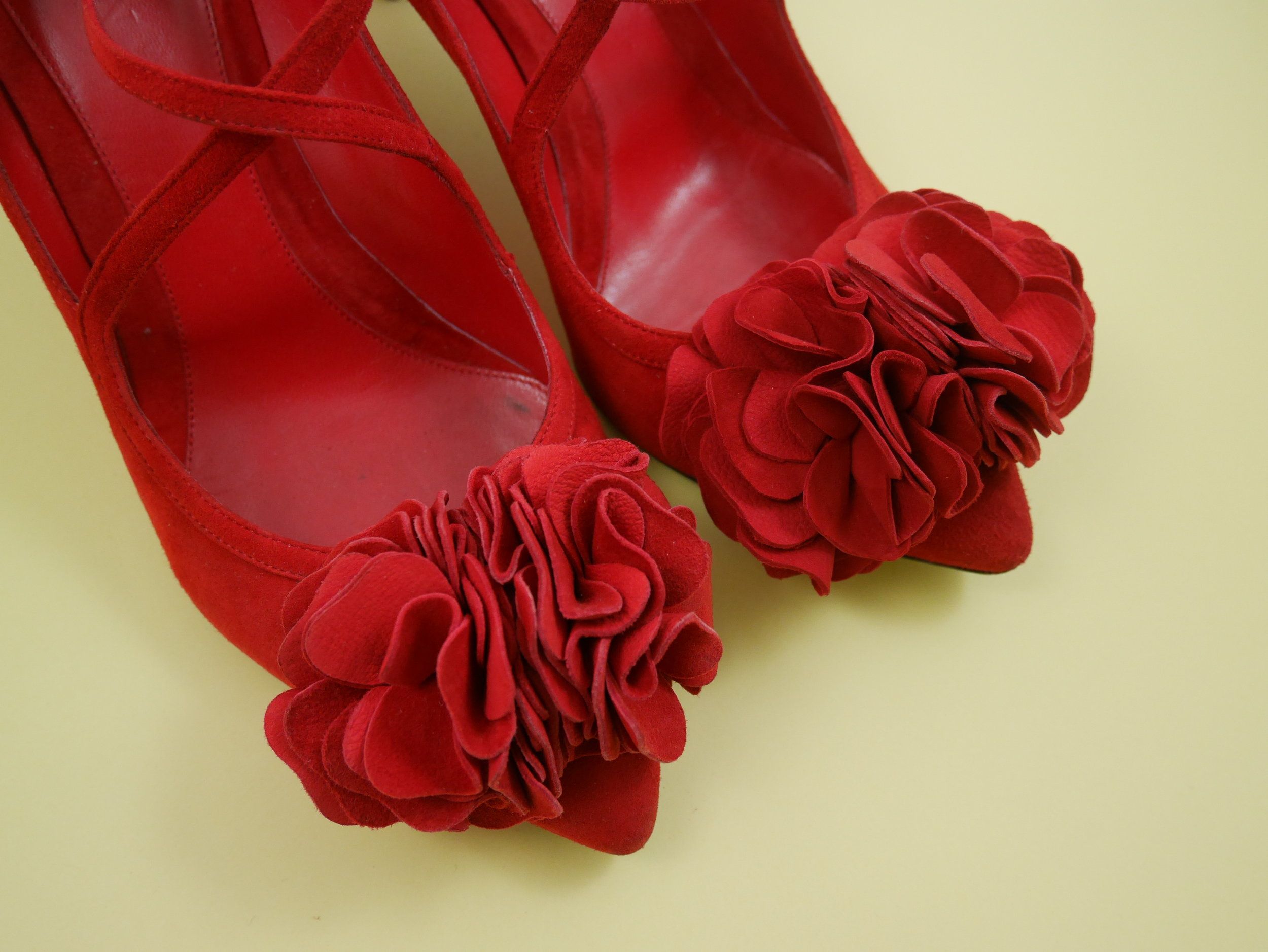 If you’re shoes are missing studs, appliqués or hardware please get in touch and we’ll source a replacement or create a bespoke piece. If you’d like to see another Case Study with a bespoke replacement created see our feature on the Mulberry Jacket.